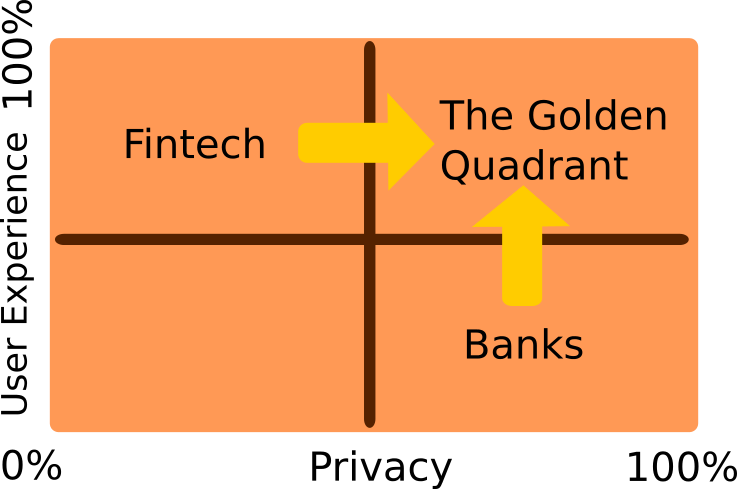 The possibility, heck the inevitability, of Silicon Valley (representing more generally new technology entrants in finance) aiming to disrupt Wall Street (representing generally incumbents) is one of the fascinating memes of our times. Yet while the potential of technology to reshape financial services is not really in question, the manner and timing that this might happen are entirely different stories. At Open Risk we decided to play devil’s advocate and create a Top 10 of why it won’t happen! So here it goes, our top 10 reasons why Silicon Valley cannot disrupt Wall Street (yet!).

As time passes on we will be validating the points against the realizations, with the first installment being this (Jan 2016) update. We update roughly every two years our independent *critical* examination of the running meme of fintech disruption in the financial services space.

Reason No 10: Lack of Relevance for key Finance Segments

The bloom of internet and mobile based business models is the main success story of Silicon Valley. But this is primarily a consumer / mass market phenomenon. The corporate story around digital transformation (and the role of technology in this process) is still quite a bit less profound. In finance, a large fraction of commercial and “high” finance is linked to corporate / sovereign clients. The relationships in this space are completely different and low-tech: Think of Powerpoints, Phones (for talking, not for browsing) and long meetings over legal documentation. Excel is used alot (when one needs to impress the natives with quantitative wizardry!). This space of finance is 99% voodoo, 1% science. Silicon Value has no track record in this low tech space. Hence the near term question concerns the possibility of technology to primarily to disrupt consumer finance as opposed to all finance.

2020 Update: An emerging reality is the cloudification of many financial services processes. The technology sector not as a competitor but as a service provider (which is the traditional role).

2018 Update: As we approach potentially a turn in the credit cycle, the lack of significant fintech scale and experience with turnturns will cast a shadow

2016 Update: The consumer focus of fintech remains true. There are fintech entrants active in small business lending but this is not yet a disruptive practice (existing banks follow the same segmentation). The payments space is the most active domain

In an increasingly multi-polar world, there will be little appetite from power centers worldwide to cede control to external tech companies for all the financial activity in their domains. So we can further restrict the discussion to regions where the technology’s sector influence / leverage is admissible.

2020 Update: The strong confirmation identified in previous updates continues apace. In fact deeper cleavage of the technological infrastructure in separate domains. This happens at the deeper level of underlying devices and networks and of course would prevent the seemless provision of fintech type products and services across different jurisdictions.

2018 Update: Spectacular confirmation of the influence of this factor as the pre-existing political world order is slowly being dismantled.

2016 Update: Remains as true as ever. There are already indications of divergent official sector attitudes across jurisdictions (with some being more permissive or light touch than others). This lack of uniform standards will further prevent any concept of *cross-border* fintech for the near future.

Under-regulated US consumer finance was the trigger of the worst recent financial crisis (2008-) which then metastasized worldwide. The idea of spawning a shadow-banking finance sector in the aftermath of this massive disaster shows the audacity of the technology clan (or is it desperation in the face of diminishing realistic projects in core areas?). In any case, the poor timing (memories still fresh) will likely bring more resistance and regulatory scrutiny than disruptive technology adoption in other areas of economic activity. While lip service to innovation will be paid, the last thing regulators need at this stage is a confidence sapping tech driven version of the subprime crisis.

2020 Update: The cancellation of the Ant Financial IPO is an example of regulatory friction in action

2018 Update: The concern remains, but the US deregulation movement suggests that regulatory attitudes are fluctuating

2016 Update: Remains as true as ever. Shadow banking is one of the top concerns of regulators worldwide

Reason No 7: The IT backwardness of incumbents is selective

Silicon Valley is the undisputed king of information technology (not a surprise as technology is what it does!). But this does not mean that Wall Street is uniformly in an IT stone age. The broader banking sector is dominated by conglomerates with diverse business models and infrastructure: The 70’s mainframe’s running COBOL, providing core banking and serving consumer finance co-exist with “co-located high frequency trading” (HFT) platforms serving “high” finance. Why is there under-investment in consumer finance IT? Possibly this reflects a long cash-cow period (the lack of competitive pressure). Yet nothing prevents bank incumbents from adopting modern IT infrastructure. Actually much of the needed technology is now open source and widely available! There is also remarkable diversity in the adoption of digital technologies across the world.

2018 Update: While every bank has spend lavishly in the past two years to polish its innovation image, its not clear how much has become part of its DNA.

2016 Update: The accelerated experimentation of banks with blockchain technology illustrates this point. Even while the tech is still far from solving real problems, banks are more than capable to invest resources to adopt and even try to monopolize (e.g., patent any fintech ideas).

Reason No 6: What is new under the sun?

One of the hallmarks of technological disruption is the deployment of so-called big data analytics. Silicon Valley propagates the idea that it invented quantification (under the guise of machine learning (ML) and artificial intelligence (AI)). Quantification in finance (from credit scoring to the most exotic pricing of credit structures) is not new. Using previously unavailable data to improve, e.g., credit scoring is easy work for motivated quantitative analysts even if hampered by mainframes and obsolete software.

2020 Update: The focus is now increasing turning to the ethical use of algorithms, which for the banking industry is nothing really new. Most jurisdictions have legislation in place to prevent abuses (e.g. discrimination) in lending operations.

2018 Update: Remains true as ever. Yet banks are still far from benefiting from collaborative practices pioneered by big tech such as open source frameworks for machine learning.

2016 Update: Remains true as ever. In fact, if anything, the trend for the tech giants is to open source their advanced big data analytics (see Google Tensorflow, Facebook Pytorch etc.) This means that there is no competitive advantage in risk analytics that cannot be replicated fairly easily.

Reason No 5: What’s new under the sun that actually works?

Financial models are affected by behavior changes that makes them like Schroedinger’s cat: They only work when nobody looks inside the box. The AI/ML movement is currently under the thrall of information windfalls from previously private data. When you are lucky enough to have informative new data you don’t necessarily need big data analytics to distill value. Even eyeballing data maybe enough. BUT, once the new permissible data boundaries are established in law, the game of behavioral change begins. This may lead to adverse selection and moral hazard. That’s when modeling becomes 50% voodoo and 50% science.

2020 Update: The covid-19 crisis once again demonstrated the very tentative nature of statistical algorithms. A vast array of credit models got invalidated by the sharp and unusual change in economic activity patterns.

2018 Update: We are all waiting for Godot. There is little indication that it will be different this time...

2016 Update: As the saying goes, unless you've demonstrated ability over a full credit cycle, claims to better risk management are little more than forward looking statements.

There may well be trigger happy ventura capital investors to provide risk capital for disruptive consumer finance, but will there be willing senior investors to provide funding (to meaningful size and favorable conditions)?. Access to senior funding would represent fintech coming of age. If this happens only happens via well known regulated banks, rating agencies, lawyers etc. then fintech is not disrupting the business model but becomes a distribution channel.

2018 Update: Fintech has largely been co-opted

2016 Update: The jury is still out on this one. There has been activity around P2P securitisation, but with the caveats of Top Reason 5, this is unlikely to be an easy channel to further develop.

The premise behind much of tech sector profitability is that current widespread redefinition of privacy (some tech industry leaders are intensely relaxed about privacy), can be extended without backlash in financial transactions. It is possible that privacy concerns around financial transactions will instead wake up dormant consumer / regulatory reflexes. This can be a boomerang even for the established tech business models.

2020 Update: The episode with Libra suggests that indeed there is growing concern about the convergence of tech and finance and the privacy and systemic risk implications.

2018 Update: A privacy backlash has happened in various jurisdictions (especially in the EU).

2016 Update: The jury is still out on this one. Banks increasingly realize that their long standing privacy culture might be (next to the regulatory barrier) another defense mechanism

One of the key metrics of the quality of a credit model has the unfortunate name: discriminatory power. The use of newly obtained private data for credit selection will need to play well with anti-discrimination laws, where discrimination is to be understood in legal, not statistical terms.

2018 Update: Financial inclusion is what everybody still talks about but actual delivery is a different matter.

2016 Update: Not yet on the radar screen. A recent KYC related inappropriate lending incident in the US will fuel further debate about the selection process of fintech services

The tech sector will have to survive the inevitable indigestion from its current conglomerate style expansion before biting major new chunks of the economy.

2020 Update: The tech sector had a very good covid-19 crisis as the physical distancing of large populations re-inforced the move of economic activity online. There are rumblings in the background over too much market concentration etc. Remains for a future update to see how things will play out.

2018 Update: The major market correction seems to confirm this view.

2016 Update: This seems to have been confirmed soon enough, by the evident lack (as of Q4 2015) of exits and accumulation of unicorns.